Interhaptics: the future reference haptics standard according for MPEG 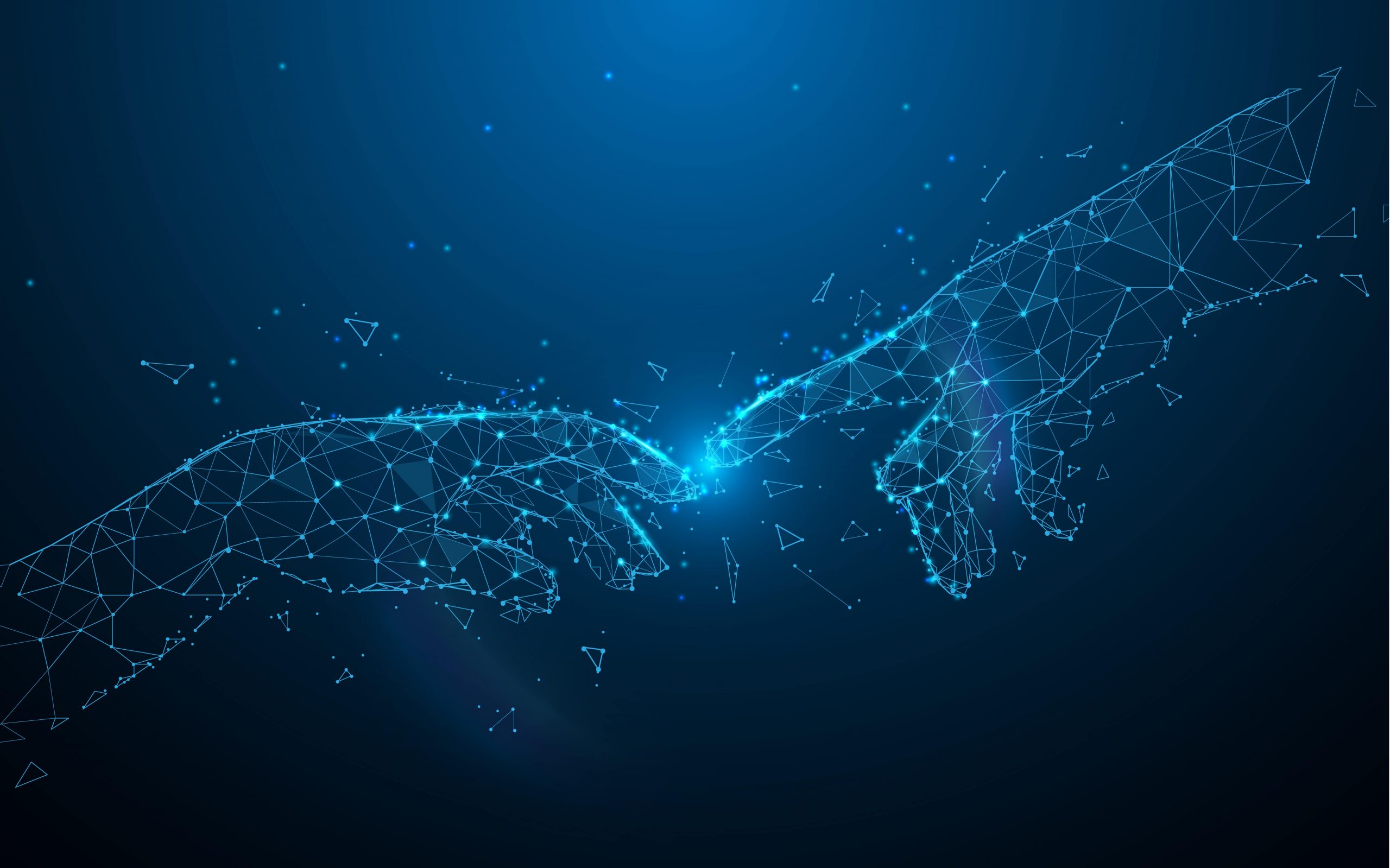 Overview: Interhaptics is at the center of a breakout point for the Haptics market. MPEG chooses Interhaptics encoding and architecture as the basis for the future standard of haptics due to its best perceptual performances. Standards implementation will quickly make verticalized solutions obsolete, and those who are leading the effort will be a market leader in the years to come. Interhaptics is engaging on multiple levels of the Haptics market to maximize standards adoptions and launch a global haptic ecosystem. Engage with us today to maximize Haptics ROI and future performance.

This blog post follows the previous publications on haptics standard.

In audio and video, encoding standards are the core around which the industry’s value chain is modeled. Standards are the common language that industry players use to communicate. They ensure a seamless experience for the end-user despite the platform used. In short, they increase the Total Addressable Market of an ecosystem and ensure a higher ROI for players along the value chain.

For both audio and video, accepted encoding standards are the cornerstone around which Upstream (to designers and content creators) and Downstream (to system implementation, APIs, and hardware) push for standardization and consolidation.

A practical example: without video and audio standards, you can’t have Adobe Inc.

It is of paramount importance that industry and platform actors are involved in setting standard needs and assessing them. Industry players will be the ones to support the adoption of the new standard “language” within their platform and ensure an addressable initial market for upstream and downstream operators.

A coding standard built by universities without industry acceptance would not be used primarily and would remain an exercise.

Who issues a standard?

The largest and most respected standardization body is ISO (International Organization for Standardization). MPEG (Motion Pictures Expert Group) is part of ISO and historically issues the most widely adopted encoding standard for digital media. Some well-known examples are MP3 or AAC for audio formatting.

What does a MPEG standard address?

How is the haptic market today and how will it evolve towards a market similar to that of audio and video?

The haptic market is now divided into separate technology silos, while the video and audio markets have interoperable levels with cornerstones around digital standards.

This difference is even more striking for multisensory experiences such as video and VR experiences. These experiences can be delivered seamlessly through network communication with great fidelity, while haptic is not even encapsulated within encoding formats.

The transition from the left structure of the value chain, towards a functioning tactile ecosystem such as audio and video, will go through several steps.

Where is the haptics standardization process today?

Two important milestones were achieved in October 2021 and Interhaptics is at the heart of them.

The first milestone is the near future of Haptics as a first-order media type, giving Haptics the same status as Audio and Video in the technological landscape. This means that haptic files can be encapsulated to be delivered with audio and video format in standardized MPEG media. This is the 1st step to deliver content adoption. This means that your streaming service can contain a haptics track included in the current MPEG formalism.

The second milestone was the issuing from MPEG of the Reference Model 0 — RM0 of haptics encoding. The RM0 is the base format upon which the final haptic encoding standard will be issued.

The success of the haptics standard depends on the adoption of the standard by the industry players. This comes down to who wrote the specifications.

The RM0 was issued following a Call for Proposal issued by MPEG. Several companies submitted their technology proposal, and a challenging selection process indicated the best technology candidate for the RM0.

Among the sponsors and judges of the Haptics Call for Proposal were:

Apple owns the largest haptics platform in the world, the iPhone.

Sony is a leading innovator in Haptics with the Dual sense controller of PS5, and a big player in the XR world with the PSVR.

Immersion is the historical major player in haptics technologies.

Interdigital is an IP technological company with major IP and technologies in video compression and 3D scenes.

No better sponsor existed to kickstart the adoption of the MPEG standard.

Interhaptics will be the technology platform upon which the RM0 will be built.

Interhaptics has demonstrated superior technology both in perceptual rendering fidelity, signal compression, and platform compatibility. All this is both for vibrotactile and kinesthetic feedback.

Our encoding standard will be wrapped in a compatibility layer based on the proposal of other contributors to ensure future compatibility with 3D scenes and specific high-performance profiles.

Interhaptics owns IP in both the form of patents and fundamental software to enable the implementation of these technologies in the Haptics ecosystem.

– It is 100 % compatible with Apple AHAP format

– Perfectly transcode the Immersion IVS format, the basis of the implementation of many smartphones

– It connects with Sony’s dual sense multi-channel needs, both for force feedback (adaptive triggers) and for the wideband haptic voice coil.

– It has by far the best compression technology that paves the way for multiple actuators haptics for XR. (Nanoport)(Saarland University)(Syntouch)

– It is based on perceptual encoding, which can be easily expanded for extended reality

What are the next steps?

Interhaptics and other contributors to the RM0 will provide a working software reference model for MPEG 137 scheduled for January 2022. The model will undergo several rigorous tests to ensure its quality and reliability for the Core Experiment phase to finally deliver a first commercial version of the standard shortly.

How is adoption going?

Apple: Through the Interhaptics mobile package Interhaptics is embedded with the iPhone platform. Guaranteeing that the largest haptics platform in the world is supported.

Android: Through the Interhaptics mobile package Interhaptics is supporting the Android ecosystem and the large family of haptics APIs

XR Ecosystem: Interhaptics works with many haptics OEMs to enable advanced and complex multichannel haptics pushing the future of haptics implementation. One of them is Senseglove, one of the leading haptics device manufacturers for XR. The platform at the basis of the haptics standards is ready to support the next generation use cases. (https://bit.ly/3BWaxlV)

With Interhaptics, haptics finally has a solid foundation on which to build a scalable future.

Upstream is focused on designers and developer-related tools. Downstream are APIs and communication protocols.

Upstream: Interhaptics develops and delivers Interhaptics packages for content creators and designers. Interhaptics offers a broad set of tools to enable standard adoptions. Some of them are:

The adoption of the standards downstream lies in compatibility with platform APIs and communication protocols. Interhaptics is a Board Member of the Haptics industry Forum and Chair of the XR haptics working group. We are actively developing and shaping the strategy of the association towards an open and vibrant haptics ecosystem.

The engaging activities are:

– Open XR: Interhaptics is the representative with Immersion corporation for the shared working group between HIF — XR haptics and Open XR. The stated reason for this liaison is to help Open XR manage haptics APIs.

– UHP — Universal Haptics Protocol: HIF will submit a USB haptics protocol building on the simple haptics controller protocol enabling a series of haptics primitives for wideband and HD haptics. Interhaptics is among the authors of this protocol and guarantees the compatibility of the haptics asset with it through proprietary technology.

– IEEE P2861.3 There will be shortly an update on the relations with this working group and how Interhaptics includes this activity in their roadmap.

With these downstream adoption activities, Interhaptics is ensuring and maximizing the adoption of the standard by ecosystem players.

The whole HIF industry association works for the standard adoption, and it supports the effort of the ecosystem to grow.

Check the next figures to see which future standard-compliant assets Interhaptics is ready to market.

Interhaptics is at the center of a breakout point for the Haptics markets. Standards will quickly make verticalized solutions obsolete and those who are driving this market penetration will be the haptics leader for the years to come.

Partner with us to take your haptics skills and abilities to the next level.