Tactile Internet and 5G: Why Interhaptics Haptic Technologies are Essential? 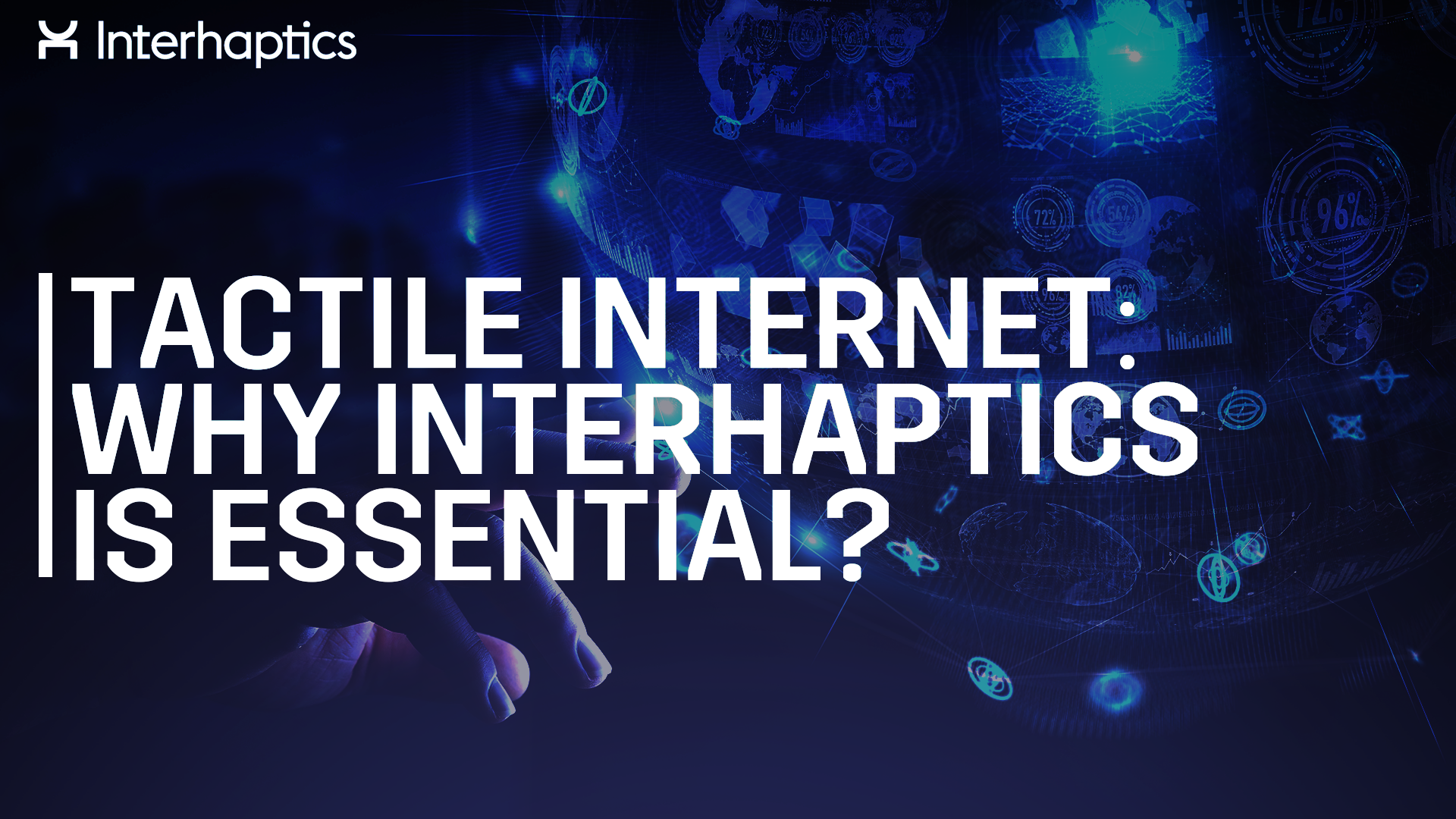 With the upcoming deployment of 5G networks across the world, the concept of the tactile internet starts to have a solid infrastructure layer to build upon. Thus, there is a future for haptic technologies.

What is tactile internet? Pf. Gerhard Fettweis from the Technical University of Dresden proposed the concept of tactile internet in 2014. As per tactile internet definition, it identifies a technological framework made possible by 5G’s ultra-low latencies. It allows having an end-to-end connection between two humans or one human and one real or simulated machine.

The key aspect to consider is the end-to-end latency between agents. The latency must be below the human perception for proprioceptive/tactile perception latency in the function of the use cases. Simply put, the user should not perceive the communication delay, and everything should feel real-time.

One of the major tactile internet applications is the tactile internet of things (IoT) that allows people to control systems remotely, creating a new generation of cyber-physical systems, with the support of haptic technologies.

Why Should a Consumer or Business Care About the Tactile Internet?

The tactile internet 5G infrastructure will generate a major shift in how users consume and interact with content.

The main reason why virtual reality (VR) and augmented reality (AR) headsets today are bulky or need computing pack is to respect ultrafast latencies. The computing must happen on the device. 4G networks do not allow to receive an immersive interaction of the user, compute the content, and send it back to the user machine without the consumer noticing the latency.

5G will allow the creation of portable, lightweight, and immersive virtual reality and augmented reality displays. It will achieve so by offloading the computational power to beefy cloud servers running 3D content simulations or connecting with a remote agent.

What Does Interhaptics Have to Do With 5G Tactile Internet?

The video and audio spatial content industry are well developed through the gaming industry. Cloud streaming allows users to play their favorite game on smartphones directly from the cloud. Today, this is possible because the latencies necessary to have a satisfactory PC gaming experience are compatible with the latencies of fiber.

The situation changes when considering the tactile perspective. Touch is intrinsically a bi-directional sense. This means that touch has an interaction-feedback duality that involves human interaction as much as tactile feedback.

With the implementation of the tactile internet and centralized simulations, we are dramatically exposed to the incapability of different platforms and devices to interoperate on the same content or transfer meaningful tactile feedback coming from an interaction of a human or robot.

Here is where Interhaptics shines.

Interhaptics includes a multiplatform spatial haptics renderer. It allows the seamless creation of rich tactile sensations as a function of human interactions. Moreover, it translates these sensations into the language of any haptic technologies under the sun.

You can discover more about the technological stack of Interhaptics here.

Interhaptics will drastically unblock the power of touch for the tactile internet.

What Sensations can Interhaptics Haptic Technologies Give to the Tactile Internet?

– Textures
– Forces (such as stiffness)
– Temperatures (such as heat)
– Vibration patterns

These haptics perceptions can be created in real-time within interactive content and shared on any haptic technologies.

These four perceptions are the feelings that the tactile internet can have, thanks to Interhaptics.

The Role of Interhaptics in Introducing Haptics Standard for Interoperability

We are actively working in collaboration with the Haptics Industry Forum to introduce an accepted standard for haptics signal.

Interhaptics haptic technologies are already compliant with the upcoming Phase 1 MPEG standards. The tactile internet requires what is described as the Phase 2 standards.

Want your solution to have a feeling? Get in contact. Interhaptics will help you design and add the haptics to your use-cases!